Budgets exceeds projections. The eastern span of the San Francisco Bay Bridge notoriously cost $5 billion more than projected and a new transit hub near the World Trade Center in New York is similarly billions over budget. Those are just two high-profile scenarios.

Sources of cost overruns vary from project to project. In the case of recently completed Collaborative Life Sciences Building (CLSB) in Portland, Oregon, BIM collaboration tools saved an astounding $10 million in construction costs on the overall $295 million budget. The deft use of these programs helped the design nab an honorable mention in the AIA TAP (Technology in Architectural Practice) Innovation Awards.

BIM In A Nutshell
BIM software helps architects not only design and build in three dimensions, but to also have a 3-D model with layers of information about the individual elements that compose a structure and how they work together in a system. Think of it as computer-aided design (CAD) on steroids. For example, if the architects, engineers, or builders need to change an element of the design, they can see the ripple effects instantly—how it would impact overall cost, if something else in the design needs to change as a result, and how this would affect overall building performance and construction time. Additionally, all of this information is saved so that at any time during the lifecycle of the building, someone can go in and identify what components were used. If something breaks, the manufacturer, model number, and other details are saved so there’s no guesswork done in replacing it. 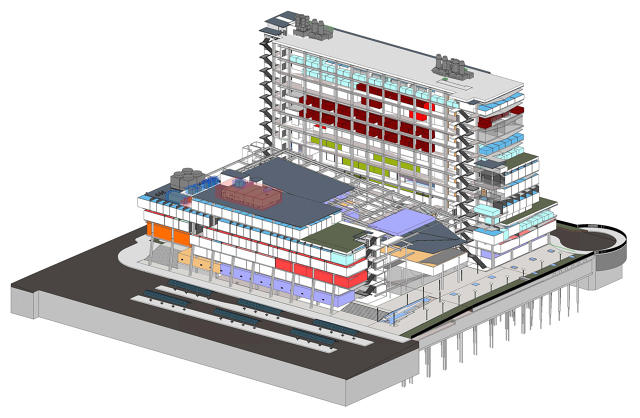 How They Saved $10 Million
The CLSB involved 28 different design teams, which is typical for a project of this scale. This included everything from civil engineers, landscape architects, roofing consultants, building code specialists, signage design—the list goes on. To make communication more efficient, SERA Architects and JE Dunn Construction used an all-digital documentation process. The firms credit this move alone for saving $10 million. 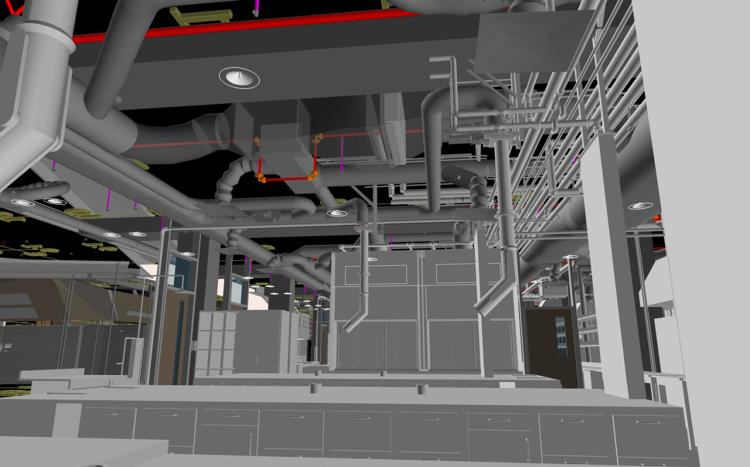 The nitty gritty of the cost savings boils down to how 3-D modeling with programs like Revit and Naviswork helped the different entities tocommunicate better through the process. For example, if the architecture firm designed a certain feature in 3-D, that file could be transferred to the structural engineer and fabricator. “This makes for higher-quality documents and reduces conflicts during construction,” Davis says.

For instance, BIM helped resolve potential construction conflicts involving positioning of plumbing, electrical, and ventilation systems. A separate team is responsible for designing each  network. In the 3-D model, the teams discovered that a pipe intersected with a vent [Editor’s note: see slide seven above]. That’s something the clash-detection feature of the model identified before construction began—when changes were relatively easy. The plumbing folks were then able to design the pipe to wrap around the vent. Problem solved. 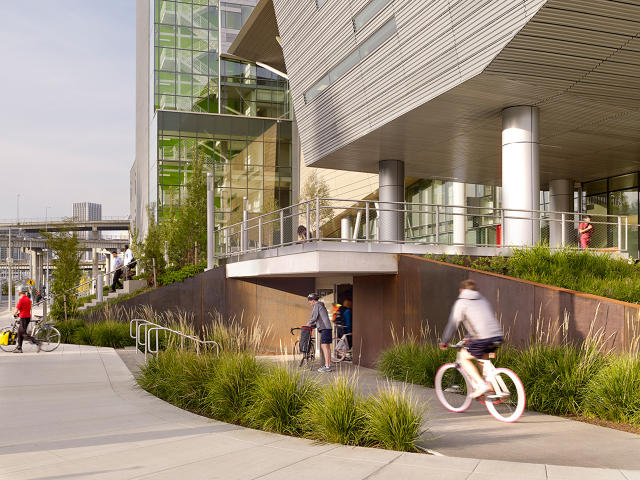 The modification was then reflected in real time to every design team involved. Instead of the plumbing design team posting their changed document, and each of the 27 other teams needing to do the same to their own copies of the plumbing layouts, everything updated simultaneously. That’s just one of many scenarios that technology mitigated.

Additionally, the design teams used Bluebeam—a collaborative editing and file-sharing platform—to link all of the construction documents so that one firm’s changes would automatically be reflected in everyone else’s documents. Smartsheet, a cloud-based spreadsheet solution, also helped the teams keep track of documents, allowed multiple users simultaneous access and editing, and prevented version-control problems. Posting and drawing documents manually, like construction drawings and requests for information, is a laborious undertaking. JE Dunn estimated that it would have taken 127,000 hours to do. At a billable rate of $79 per hour, that’s $10,058,017. In paper-related costs alone. 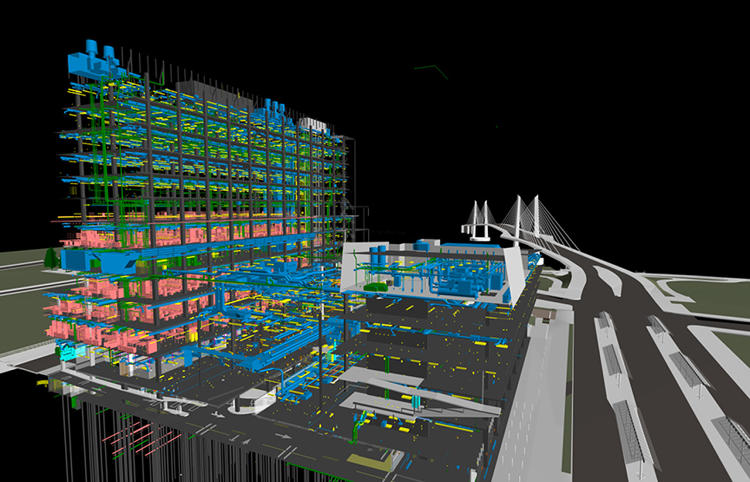 Moreover, JE Dunn says that an individual subcontractor who used Point Layout software, an Autodesk program, and Robotic Total Station, an automated tool by Trimble, to layout and install 55,000 hangers for the mechanical, engineering, and plumbing systems saved $1 million since the company didn’t have to to drill from a lift, insert the hangers, and then have them individually inspected.

“The use of an all-digital [design and documentation] process sped up both coordination and construction,” Davis says. “It’s hard to determine just how much time would have been added to the project if these processes hadn’t been as streamlined, but it’s safe to say we saved many months.”

Lesson learned: The machines have won.